One Modeler’s Observations on
Altering the Lionel U33c

I am attempting to fix the pilot to the body per the prototype. Actually, that’s the easy part! The hard part is getting the truck to move at all. The reason is that the front of the truck is trapped between the steps. Lionel did a great job putting the trucks in the correct longitudinal location, and now I can see that taking the pilot swing approach may have been the wise way out for model radius curves. The prototype photo clearly shows the truck nestled between the steps, which creates a problem for us modelers who cannot accommodate prototype curves in our train rooms.

I removed the pilot mounting fixture from the truck, hoping that would help, but more surgery will be needed. There is room to move the sideframes in toward each other because the scale wheels are a lot narrower than the tinplate wheels for which the sideframe spacing is designed. I’ll try this to see if the result will be enough swing for 45″ radius curves and No. 6 turnouts. Grinding off the backs of the steps may also help somewhat.

I’ll keep the SIG informed as I progress. 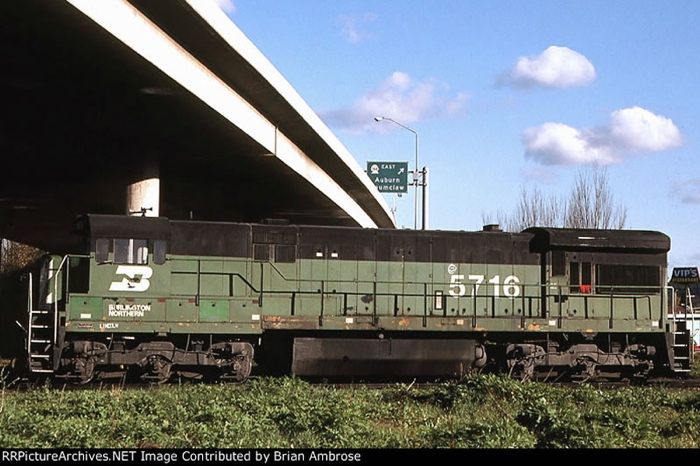